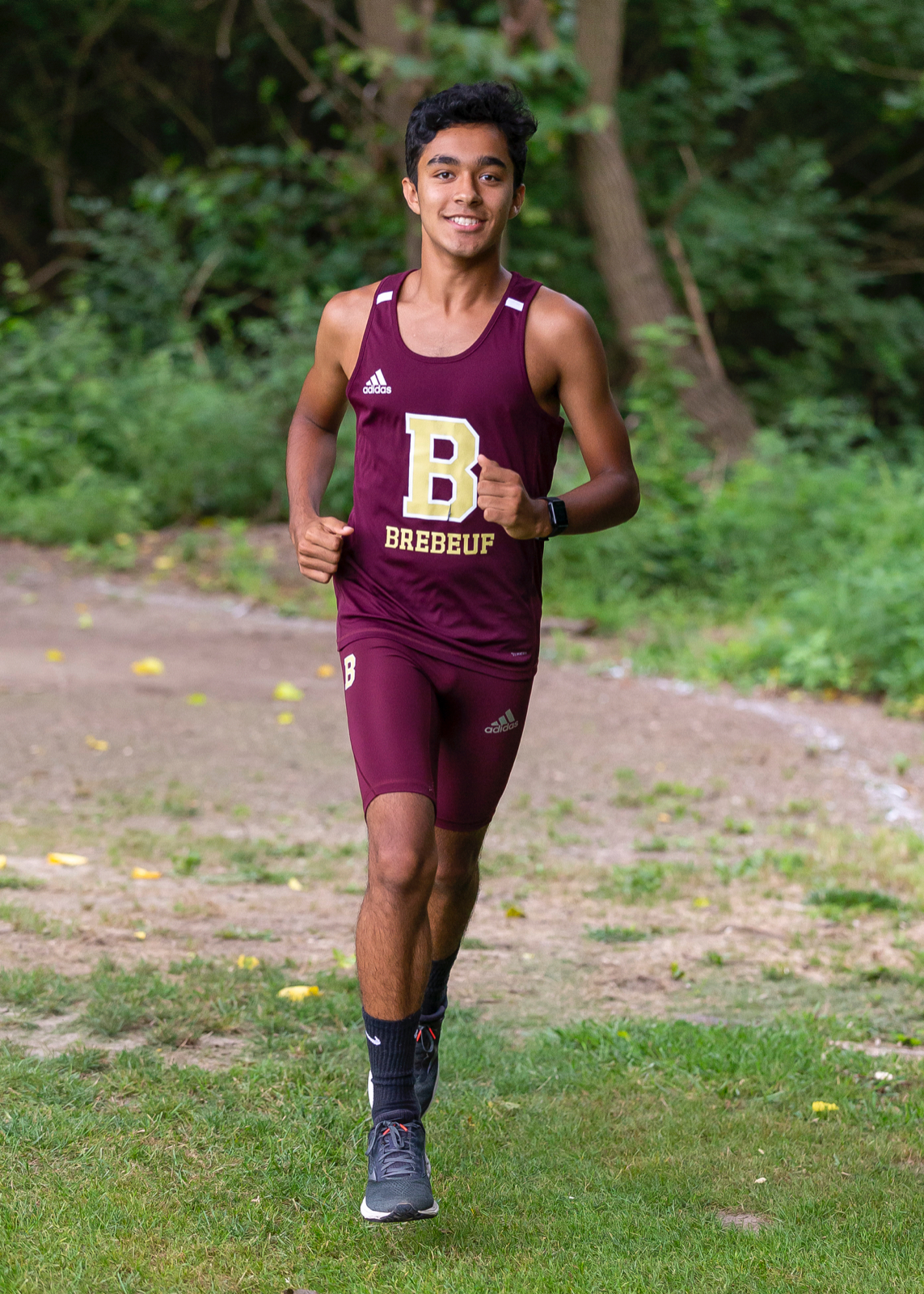 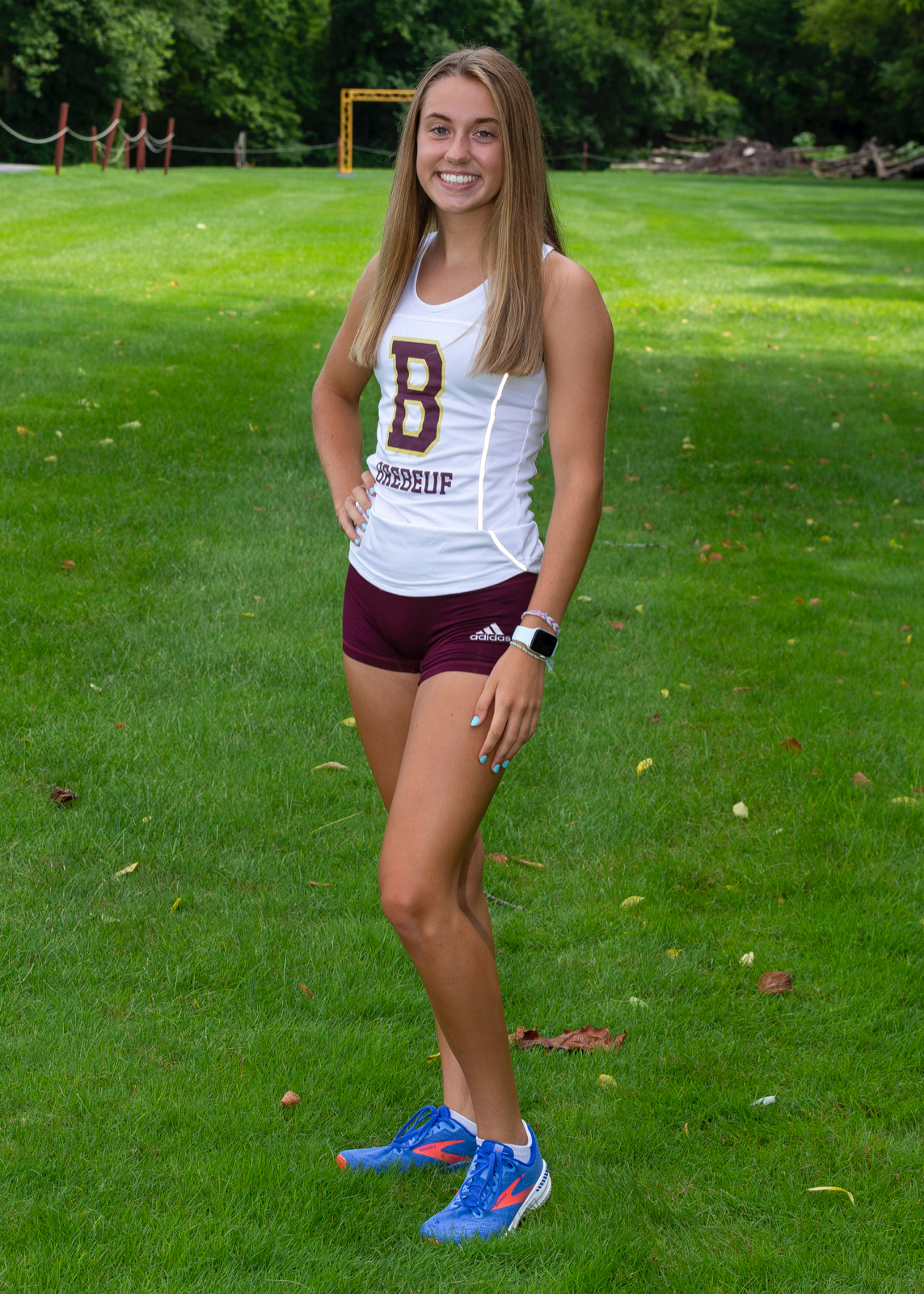 There were many terrific candidates for this year’s Chief’s Award and each and every one of you make up a Coach’s Dream team.  So many great leaders, so many great women and men for others, such a difficult choice for so many of your peers to make.  This year’s Chief’s Award winners rank right up there with the best I’ve ever coached.  I’d like to begin with a congratulations to all those who received heartfelt votes for this prestigious award.

Over my thirty seasons as the Brebeuf Jesuit Cross Country coach, I’ve been blessed with tremendous Chief’s Award recipients. This season is no different. When I think about our winners this year what comes to mind is incredible kindness, maturity, caring, and empathy. We have two people who are passionate about their teammates, their coaches, their friends and family, and about Brebeuf Jesuit.  These two are always willing to mentor fellow teammates, willing to comfort an injured or fallen runner, or lend a helping hand to a teammate who’s having a particularly difficult day and needs a sympathetic friend.  These two are always there for support and assistance and can be counted on at all times by the entire coaching staff. They both lead by example.  They are often quiet listeners when needed, and vocal leaders when necessary.  Both happen to be extremely talented athletes/runners and have been a huge part of our successes over their Brebeuf Jesuit Cross Country careers. Both have the utmost respect from their teammates, coaches, teachers, and the entire Brebeuf Jesuit community.  They are the very best of ALL of us, the heart and soul of our program, they truly are perfect examples of what the Brebeuf Jesuit Cross Country family is all about. They are sportsmanship at its highest level, they are teamwork, they are that sisterhood and brotherhood that separates us from all others.  They are a shining beacon in a 2020 year that’s been quite challenging. They are our Chief’s Award winners – Allison Caffrey and Faizan Khan. 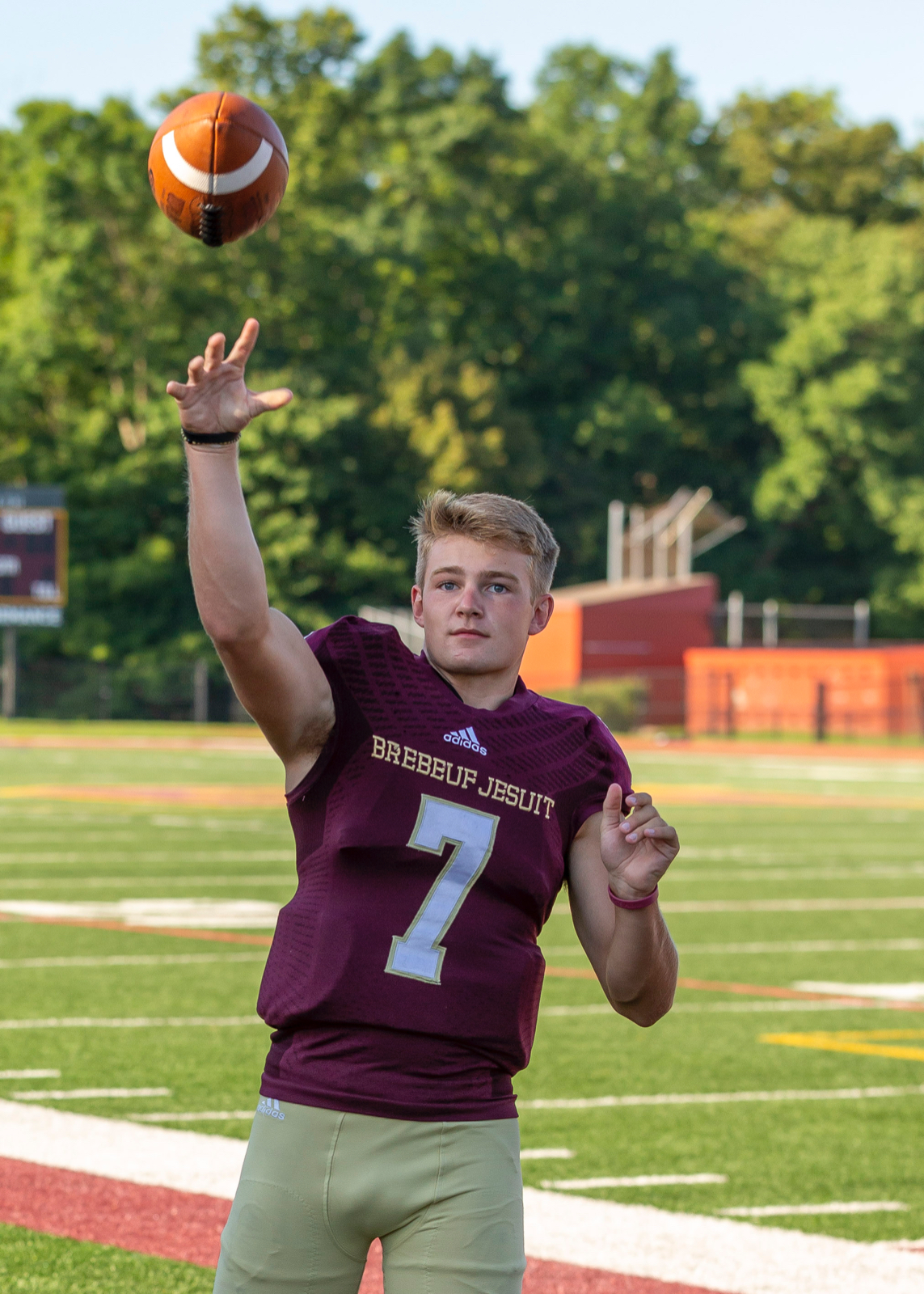 Drake has played football for Brebeuf all 4 years in High School, earning his Varsity letter 3 times.  During his time here he has been a leader both on and off the field.  His maturity, compassion, competitiveness, and toughness are second to none.  As a Captain and squad leader for football, Drake lead the team through the spring and summer when everyone was remote and the difficulty of not being together was a challenge none of us had seen prior.  With the adversity the football program faced this season, Drake was steadfast with a positive demeanor and was a calming influence for his peers during challenging times.  On the field, Drake was selected as an All-Circle City Conference player, All-Marion County player, Brebeuf Offensive Player of the Year, and he leaves our program as the all-time passing leader in school history.  As he led the team to the Sectional finals this season, I will always remember his determination to get everything out of himself and his teammates. Drake leaves us as an all-time great Braves, and we wish him nothing but the best in his next chapter. 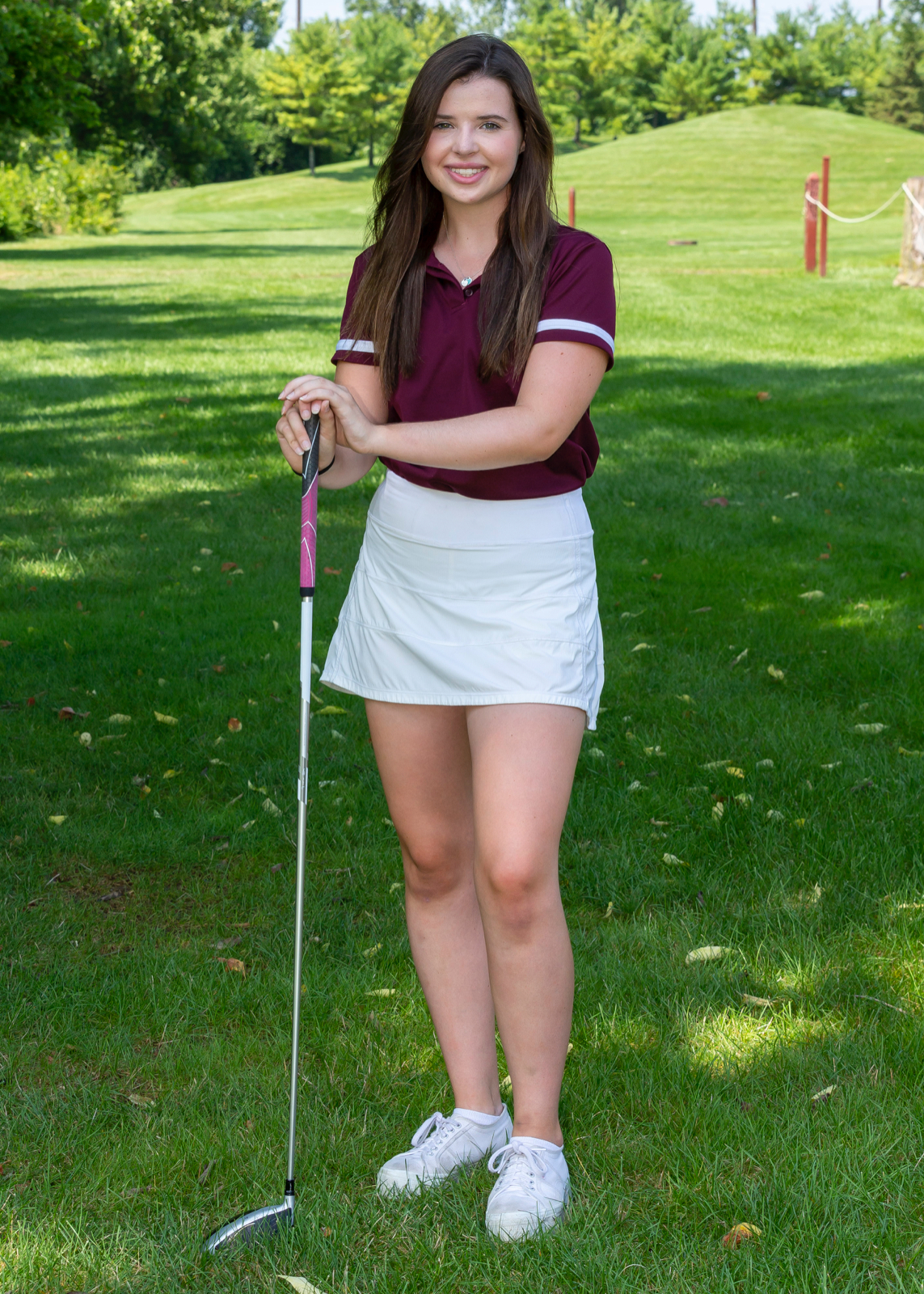 This year’s Girl Golf Team Chief Award winner by almost a unanimous vote is Catherine Zortman. Catherine has been a 4-year starter for the golf team and has given so much support to her team. She had a great year on the links, she finished top 3 in The Circle City Conference tournament, a top ten finish in the Marion County tournament and she qualified for regional play by advancing through sectionals. Catherine also received All State Academic Award through Indiana Coaches of Girls Sports Association (ICGSA). Catherine is a coach’s dream, a tireless worker, competitive, empathetic, supportive of her teammates and always has a smile on her face. She is truly everything that we want from our athletes at Brebeuf Jesuit!!!! 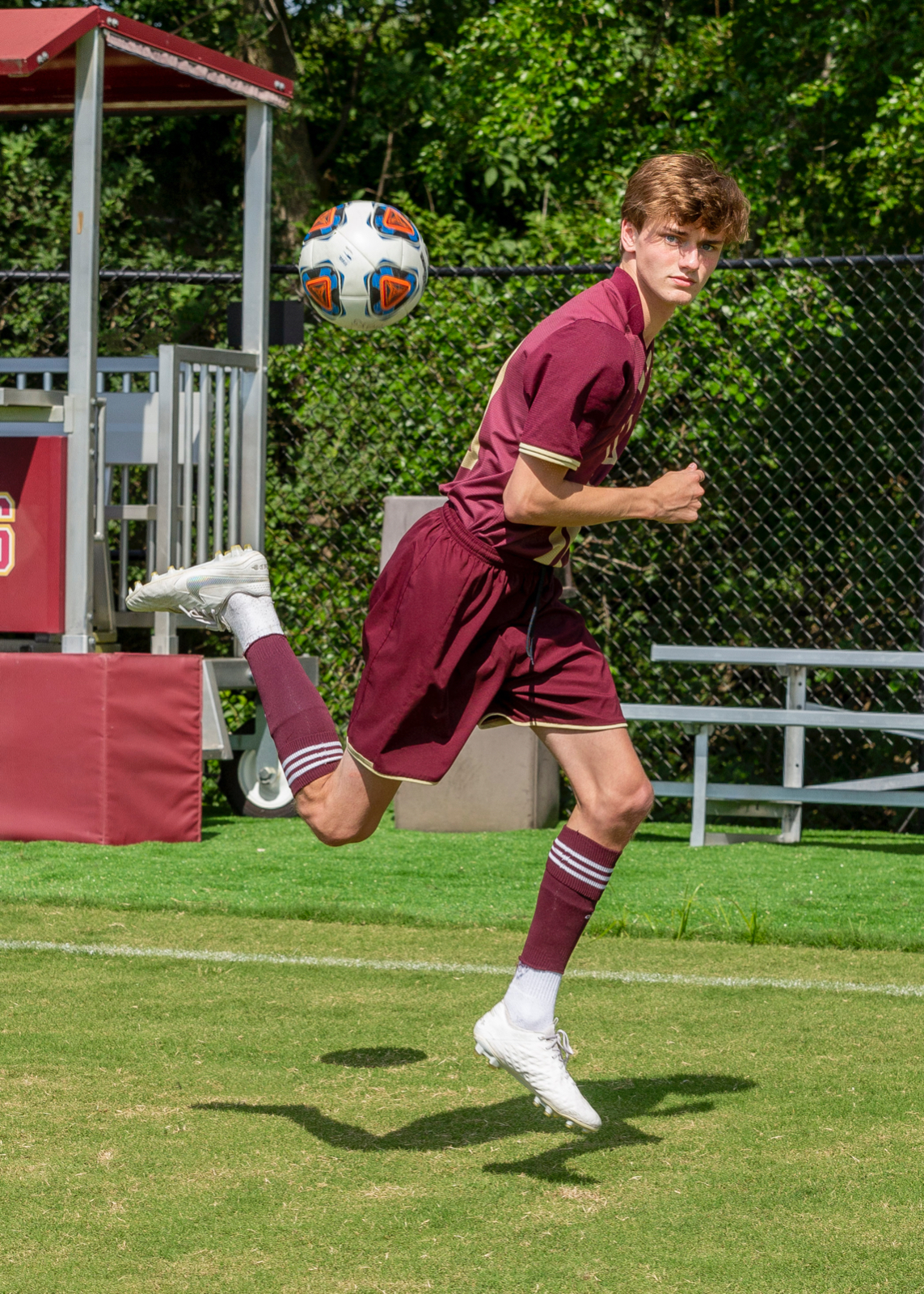 Aidan has been in the program for 4 years. We got to know him first while attending our summer camps a couple of years before entering high school.

During his play in the program, he was always quiet but attentive and always did what was asked of him by our coaches. He was one of our captains this year showing leadership in the way the game should be played. He showed tenacity and effort and was always ready to do whatever was necessary to win. He was always respectful and helpful to others. He was our second leading scorer and one of our most skilled players.  Aidan has been a very coachable player with a wonderful attitude. He has always been very likable and very competitive, which became an example to his teammates.  We are very proud of Aidan and have enjoyed having him all these years in our program He has grown into a very well-rounded young man we’re certain that he will continue to grow after HS and become a very good member of society.  We wish Aidan all the best in college and beyond!!!! 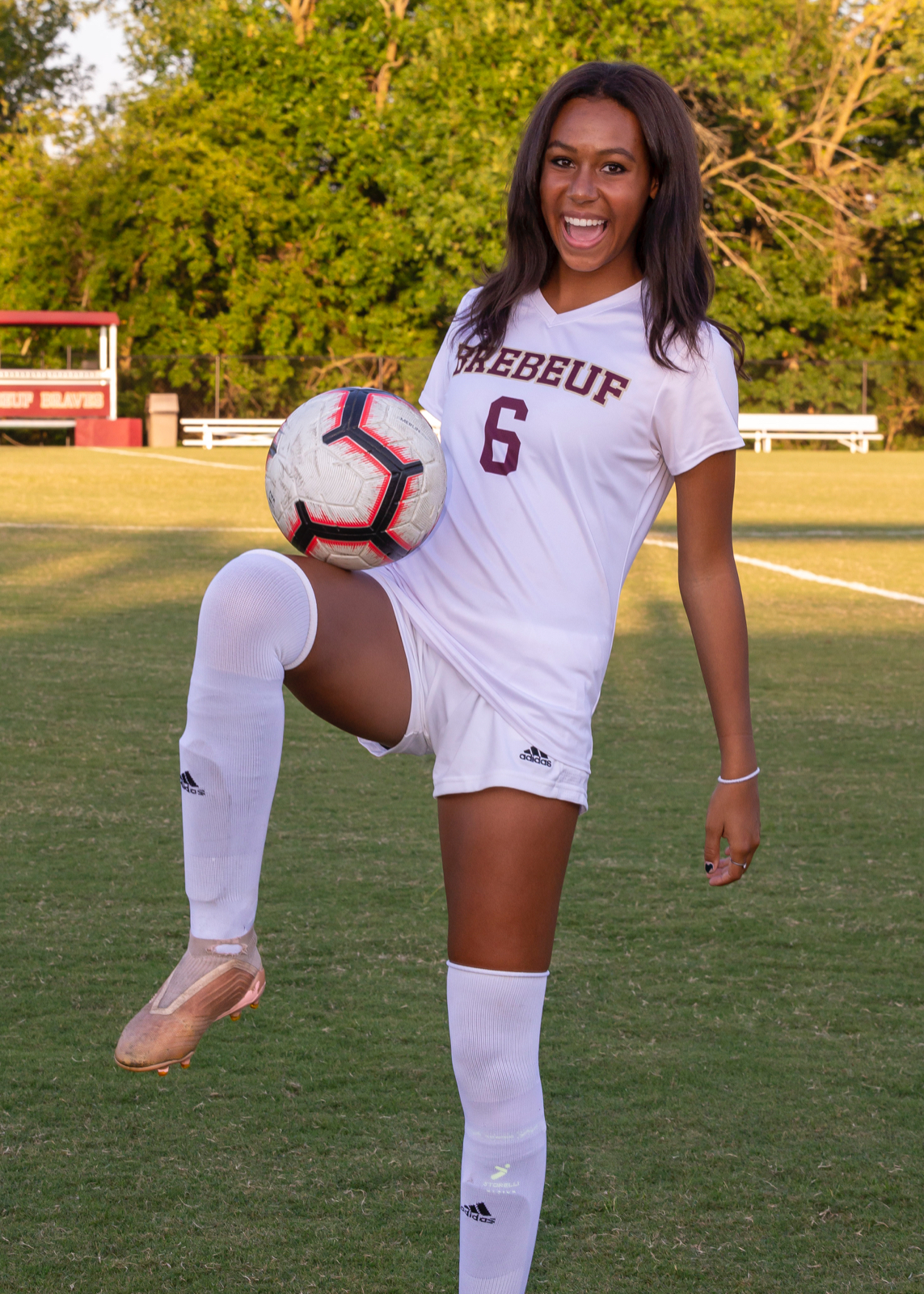 This is the highest honor for a Brebeuf Student Athlete.  This award is voted upon by teammates and coaches.  The Chiefs Award recipient is an individual who should display great leadership skills, excel in the classroom and be a contributor in the community.  Our team knows this year’s girls’ soccer Chief’s Award winner to be a young lady who is selfless.  She is one who puts her team first as she displays a strong belief in her teammates and our Brebeuf community.  She’s a three-year varsity starter.  She’s a two-time Academic All-State selection, All-Marion County, All-Circle City Conference and All-District selection.  She was one of our captains this season.  As valuable as she is on the field, she is a better person and a better student off the field.  This year’s Chief Award Winner is Gabi Arthur. 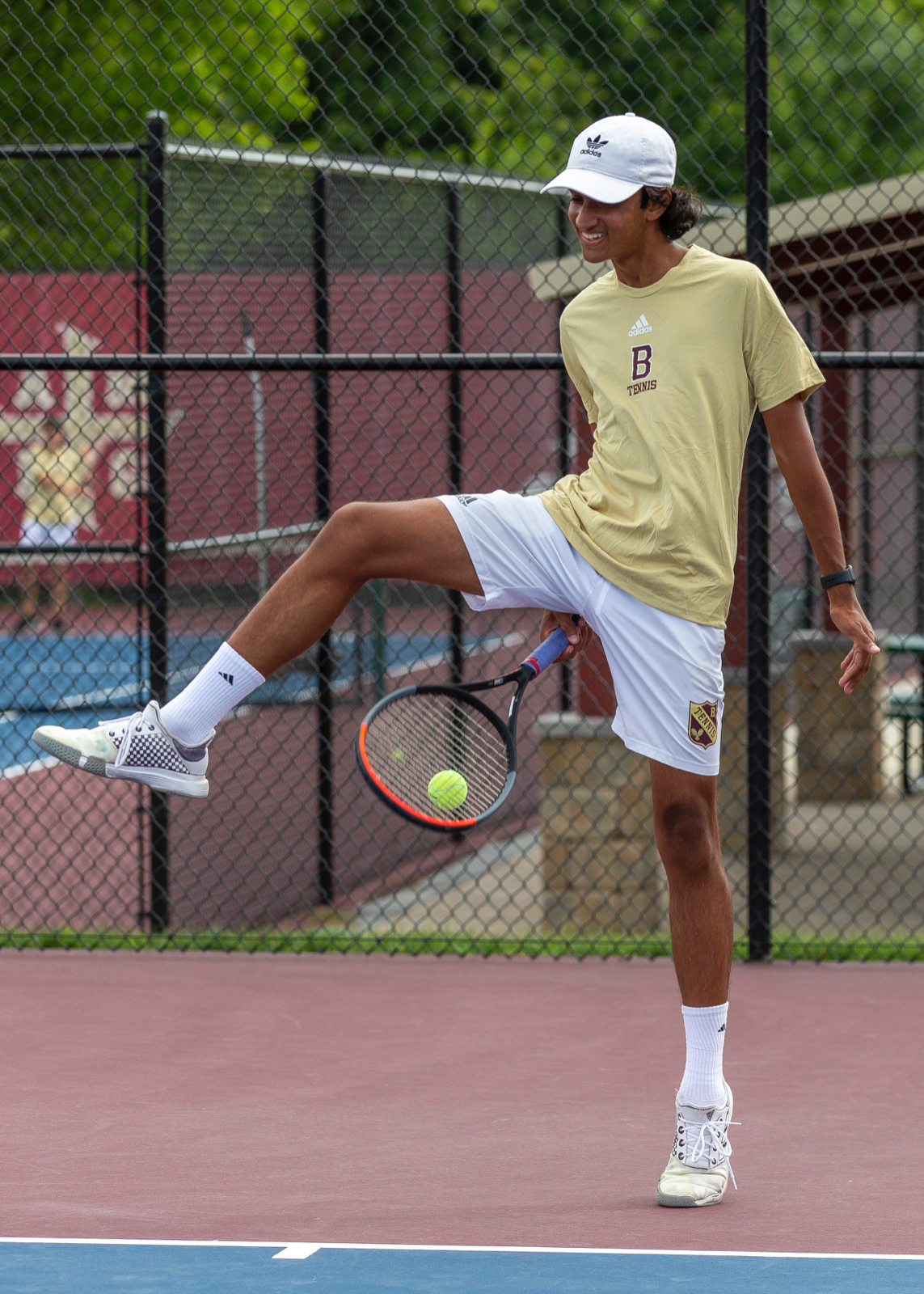 This year’s Chiefs award went to Senior Shaan Mishra.    I have been tremendously impressed with how much work Shaan has put in these last two years and he was voted this year’s Chiefs Award winner by teammates and coaches.  Shaan was a senior captain and exemplified great leadership qualities throughout the season.  His ability to communicate with teammates and help lead them on and off the tennis court was shown all season.  He had the ultimate respect from his teammates not only for his 19-6 record but also for his outstanding work in the classroom as a 4.0 student.  We are very proud of everything Shaan and the Braves accomplished this year.   Congratulations Shaan! 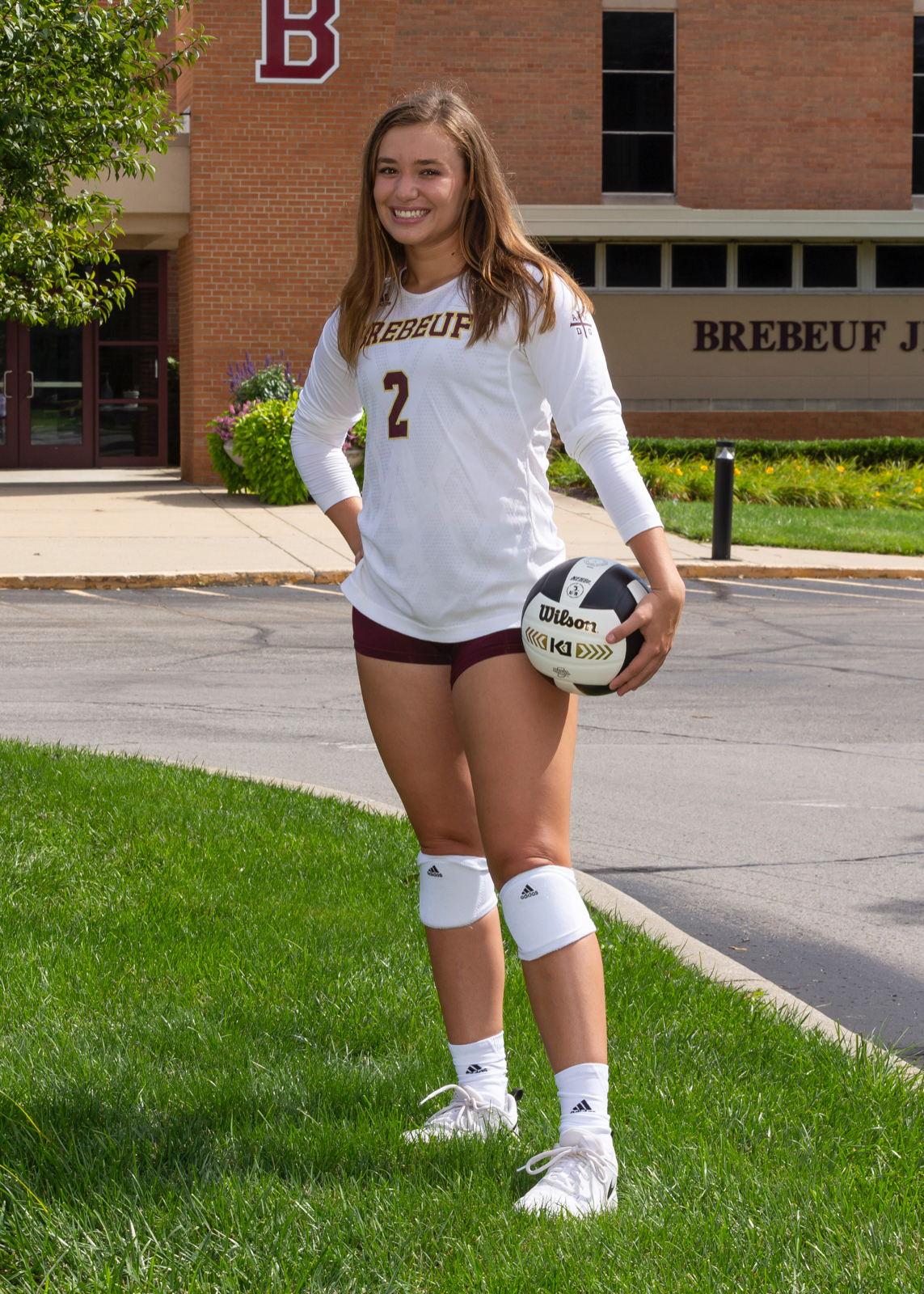 When I think of the chief award, there are so many words that come to mind. Leadership, service, humility, and work ethic. The Chiefs award is the highest honor a Brebeuf Jesuit Student Athlete can receive. Rather than the most valuable player, the Chief should be considered the most valuable person on the team, a direct correlation with our schools’ motto of men and women for others. He or she should possess and exemplify leadership, coachability, mental attitude and scholarship.  When voting for this person, the team and coaches are asked to vote. This senior brought leadership and fun to the gym every day. This senior was a solid player for us day in and day out. This senior always made sure to put others before herself and lead by example. I saw immense growth in this player over the last 2 years as her coach. In a year of unknown, this player made sure to be the glue that held this team together. This player finished her final season 23-12, #3 ranked team in the state. She is a sectional champion, regional champion, semi state champion, and state runner up. In her career at Brebeuf she had 572 digs, 110 aces, 24 kills and 52 assists. In 2019 she was all conference, junior all-star nominee, and earned team academic all- state. In her final season she was named ICGSA academic all-state, IHSVCA Academic All State, 2nd team all-State and has committed to play volleyball at Colby College next fall. Your Volleyball Chief Award winner for the 2020 season is… Bella Schumacher.   Bella had a phenomenal career as a Brebeuf Brave and the Volleyball program wishes her all the best in the future.