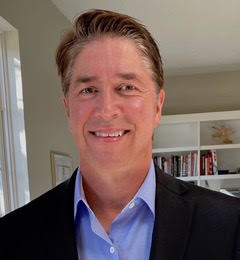 A Native of Windsor, Ontario, Canada, Willie Mitchell joins the Brebeuf Staff after 18 Years of coaching at the NCAA Division I level.  He has devoted most of his life Coaching or playing hockey and has spent his past several years in Indiana developing youth hockey players with the Indy Strong and assisting Brebeuf Jesuit.

His playing experience included National Championships in Canada with Notre Dame College in Wilcox, Saskatchewan at the AAA Midget and Jr A levels and NCAA Tournament appearances while he played at Northern Michigan University.  After a stint with the Canadian National Team in Calgary, he graduated from Western Ontario University and then began coaching at the Collegiate level.

At Michigan State University, as the Graduate Assistant Coach, he produced back to back 1st team all American Goaltenders and then was named the Associate Head Coach at Wayne State University in Detroit and helped the Warriors to 3 Straight CHA Championships and an NCAA birth in just the programs 3rd year in existence.  After 7 years with the warriors he coached at the University of Vermont for 3 seasons, culminating in a NCAA Frozen four appearance.

Willie brings a proven track record with him to Brebeuf and has Coached many former players that have reached the NHL level.  He will bring a different approach to hockey at Brebeuf and has a strong desire to teach Student Athletes the game of Hockey.

Willie is Married to wife, Chantelle, and has a daughter named Nadia.  When not at the arena, he enjoys working out, home improvement and learning the Italian Language.